Decoding Tata Consultancy Services Limited vs. Cyrus Investment Pvt. Ltd. And others, Civil Appeal No. 440-441 of 2020

The National Company Law Appellate Tribunal on the petition filed by Cyrus Pallonji Mistry against the Tata Consultancy Services Limited for the alleged acts of oppression and mismanagement has allowed the petition by holding the meeting of the Board of Directors held on 24.10.2016 illegal and restored the position of Cyrus Mistry as the Executive Chairman of the Tata Sons Limited and consequently as a Director of Tata Comoanies for the rest of the tenure, inter alia alongwith other reliefs. The Tata Sons went upto the Hon’ble Supreme Court by filing two appeals.

The entire case raised various complex legal issues such as to what consitutes oppression and mismangement, limits of the tribunal in deciding the issues of oppression and mismangement, should nominee directors of a majority shareholder have substantial affirmative powers, the legality of Tata Sons’ conversion from public company to a private company, fate of Mistry’s directorship on Tata Sons board and so on.

The next important issue amongst the other issues which was dealt by the Hon’ble Supreme Court was that as to whether the re-coversion of Tata Sons from public company into a priavte compay, required the neccessary approval unde Section 14 of the Companies Act, 2013 or at least an action under 43-A(4) of the Companies Act, 1956 during the period from 2000 (when Act 53 of 2000) came into force) to 2013 (when the 2013 Act was enacted). After considering the entire factual position in this regard and the various provisions and its history, the Hon’ble SC observed that Tata Sons did not become a public company by choice, but became one by operation of law. Therefore, compliance of the provisions of Section 14 would not come into picture, which otherwise also only deals with the aleration of the Articles having an effect of such conversion. Once the company had become a deemed public company, the privileged of a private company stood withdrawn and the company was entitlted in law to allow renunciation of shares under rights issue.

Thus, to conclude the Court held that the actions of Tata Sons board against CPM did not amount to oppression of minority shareholders or mismanagement and that it was open for Tatas and CPM to work out their sepeartion terms.

writing your dissertation in a week https://dissertationhelpexpert.com/

tips on writing a dissertation

help with my dissertation

how to cite a dissertation https://customthesiswritingservices.com/

what does vpn mean https://imfreevpn.net/

how much is membership for gay dating sites

write my college paper for me

what should i write my paper on https://uktermpaperwriters.com/

do my college paper for me https://paperwritinghq.com/

need someone to write my paper for me https://write-my-paper-for-me.org/

what should i write my paper on https://doyourpapersonline.com/

help with writing a paper for college https://researchpaperswriting.org/

where to buy papers https://writemypaperquick.com/

pay someone to write my paper https://essaybuypaper.com/

help with a paper

can you write my paper https://ypaywallpapers.com/ 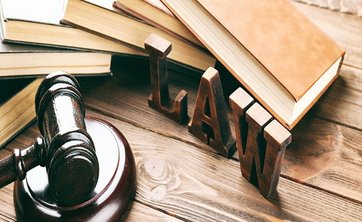